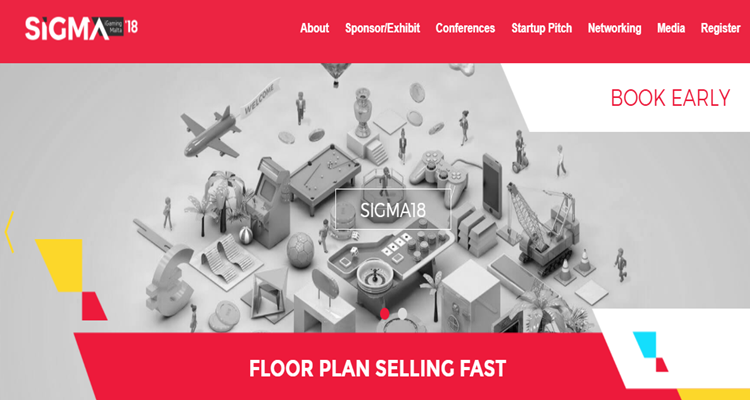 Even though the final dates for SiGMA 2018 have only just been revealed, available expo space is selling out fast. The floor plan is filling up and as of right now, around 80% of the available space has already been assigned. Because of the early interest, SiGMA 2018 should be added to the calendar for everyone in the international online gaming community. SiGMA 2018 is scheduled to take place November 28th to the 30th, in Malta at the MFCC.

In 2017, SiGMA was a great success, with the venue being record-breaking. For 2018, organizers have decided to extend the venue by still hosting the conference at the MFCC, but resizing the expo plan to accommodate the yearly growth. In 2017, the conference outperformed expectations and the 2018 event has been projected to attract 12,000 attendees.

Some of the most well-known online gaming brands will be in attendance including Microgaming, Betsson, PokerStars, NetEnt, Leo Vegas, GiG, Evolution Gaming and more. This year, new speakers will be on the schedule, with discussions tackling cutting edge industry issues. Networking will also be a top consideration this year. Participants will be able to take part in networking during the conference in a relaxed environment, helping to create new friendships within the industry and alliances.

More details can be found at www.sigma.com.mt, with the option to book a booth and learn more about the schedule of events.