The 2019 WSOP is the 50th anniversary of the World Series of Poker in Las Vegas and, fittingly, there’s a dazzling array of bracelet events on the schedule.

By the time the next Main Event champion is crowned on July 16, 89 events will have been played – an all-time record.

Among the events on the Anniversary WSOP schedule expected to draw huge crowds:

Alongside recurring WSOP favorites including the $1,500 Millionaire Maker, the $1,000 Seniors Championship, $1,000 Ladies Championship, $50,000 Poker Players Championship and the signature $10,000 WSOP Main Event, more gold bracelets will be awarded than ever before.

Check our updated WSOP 2019 results below with official winners, final tables and notable cashes listed right up to the end of the Main Event.

Notes: The first official bracelet of the 2019 WSOP went to Brian Green, an American poker pro now living in Vegas.

This is Green’s first WSOP bracelet
A poker player since 1984, Green has $3m in career earnings
$3k bounties also paid for busting another player

Quote: “It kind of gets the monkey off my back. Now I can play poker without having that on my mind,” Green said after the win. “I tend to do well when I play pro-heavy fields… I know most of the guys who play $10Ks are pretty good players. In a turbo, though, there’s a lot of flipping too, not a lot of post-flop poker. Still, a win’s a win, it’s hard to win a poker tournament.” 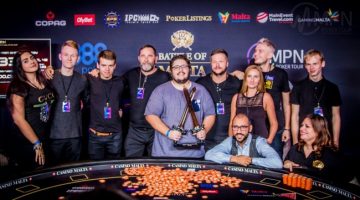 A €2 million Main Event prize pool? 4,000+ entries? More record-setting side events with their own…