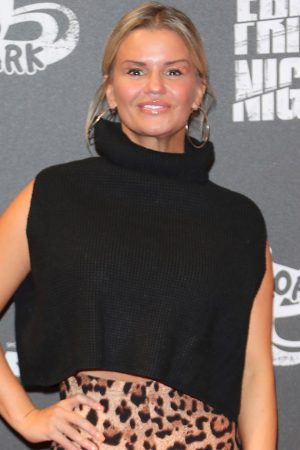 Kerry Katona has made a shocking confession.

The former Atomic Kitten singer has revealed that she was ‘shaken to the core’ after one of her son’s 11-year-old friends threatened to ‘rape his druggie mum’.

The mum-of-five has opened up about how she feels that ‘no one’s safe’ after her 11-year-old son Max told her about the incident that took place while he was playing video games.

‘I was shaken to the core last week by a very unpleasant incident that occurred between my Max and a young lad he knows while the pair were playing on the Xbox,’ she wrote in her column for new! Magazine.

MORE: Kerry Katona thanks Prince Andrew for taking ‘worst interview of the century’ title from her

‘They were communicating over the headsets and when Max beat the boy at the game, this lad took the defeat badly and yelled at Max, ‘I’m going to rape your druggie mum.‘’

Kerry revealed that son Max, who she shares with ex-husband Mark Croft, was ‘upset and confused as he’s just 11 and he doesn’t know what the word rape means’.

‘I wasn’t at home so it was down to Ryan to explain and calm him down,’ the concerned mum continued, referring to boyfriend Ryan Mahoney.

‘I’ve asked to speak to the boy’s parents about it,’ she continued, ‘as I will not have my children bullied because of who I am and what my past was.’

‘It was such a terrifying wake-up call,’ continued Kerry. ‘It proves it’s not just online trolls who can attack — the verbal word is so powerful and damaging.

MORE: ‘I thought I deserved it’: Kerry Katona opens up about shock abusive past

‘I feel like no one’s safe,’ she lamented, ‘not even my 11 year old baby who just wanted to play his computer game.

‘I know Max will be OK, but I’ve taken the Xbox off him for a while — even though it wasn’t his fault — because I need to work out how to do the parenting settings properly. I won’t risk him hearing threats like that again.’