Back in October 2018, the all-new BMW 3 Series and the BMW Z4 celebrated its world debut at the Paris Motor Show. Yesterday, numerous BMW dealerships across Europe introduced the new BMW 3 Series as well as the Z4 to its customers. Also the BMW 8 Series convertible was presented. Yesterday I joined the BMW Niederlassung in Munich at the Frankfurter Ring 35, BMWs biggest dealership in Germany, to have a look at the new models.

The BMW Niederlassung Munich used two different areas to feature the new BMW 3 Series. A BMW 330i with the M-Sport package featuring the stunning Portimao Blue paint was placed near the main entrance and immediately attracted the attention of the visitors.

Although the BMW 330i is now using a turbocharged 2-liter four-cylinder engine, it’s capable of producing 258 hp and accelerates from a standstill to 60 mph (100 km/h) in just a bit over five seconds. While listening to some conversations between interested customers and the BMW sales team of the Niederlassung, the disappointment about the missing manual transmission for the 330i was clearly stated.

In addition to the BMW 330i, a Mineral White BMW 320d with xDrive was presented as well. The Luxury Line model is powered by a turbocharged 2-liter diesel engine and offers 190 hp while achieving 50 mpg (4.7 l/100 km).

Thanks to BMW Group Classic, the all-new BMW 3 Series was also joined by its ancestors. All models of the entire 3 Series range, starting with the BMW 318i E21 from 1975, were exhibited. The collection also included the BMW M3 sedan from the model range E36 and the BMW 340i from the latest generation.

While looking forward to the upcoming summer season, visitors of the premiere day were also able to take a first look at the all-new BMW Z4 and the new BMW 8 Series Convertible. Both models were shown with their most-powerful engine configuration as BMW Z4 M40i and BMW M850i.

Next to all the new cars and the heritage 3 Series models, my visit to the BMW Niederlassung Munich once again confirmed that the Niederlassung is always worth a trip. Two stunning Moto GP safety cars were also presented. The BMW M4 Coupé as well as the BMW M6 Gran Coupé completed the great exhibition of the Niederlassung. 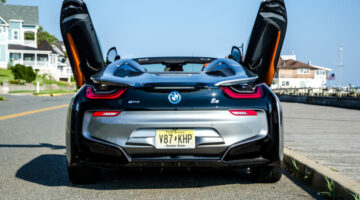 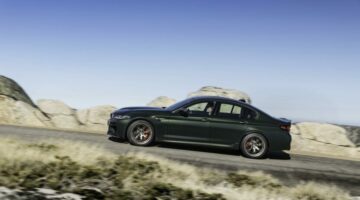