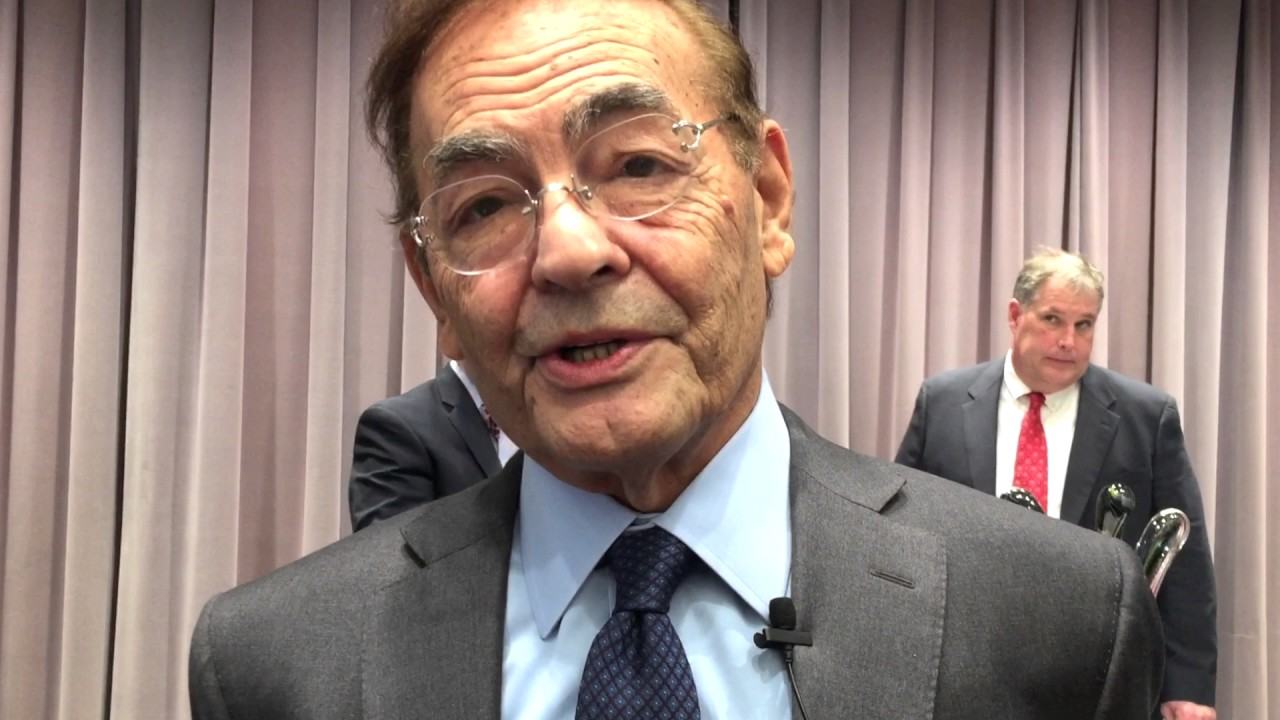 Treasure Island-owner Phil Ruffin has revealed he was the mystery “Kansas businessman” referred to during Wednesday’s questioning of former Donald Trump attorney Michael Cohen by the House Oversight Committee. The reference was made in relation to a $25 million payment to settle fraud claims against Trump University.

Phil Ruffin said Wednesday that he paid Donald Trump $28 million, which was money owed to him from the Trump International Hotel in Las Vegas. He did not know whether the president used it to settle fraud claims against Trump University. (Image: YouTube)

The Wichita-born billionaire co-owns the Trump International Hotel in Las Vegas with Trump and is a longtime friend of the president, who was best man at his wedding.

But Ruffin told the Kansas City Star there was nothing untoward about the payment, and he did not personally pay the plaintiffs directly.

Among the more explosive claims by Trump’s former “fixer,” Cohen, was that the president had instructed him to lie about the payment of hush money to women with whom he had conducted affairs, and that negotiations over a Moscow property deal continued after the launch of Trump’s 2016 presidential election campaign.

Cohen also claimed, among other things, that Trump knew about the Hillary Clinton-Wikileaks email dump before it happened. He described his former boss as “a racist,” “a cheat” and a “conman,” but he also said he had no evidence that Trump had ever colluded with Russia.

But Representative Jackie Speier (D-California) wanted to know what Cohen knew about Trump University — the Trump Organization’s real-estate training program that ran from 2005 to 2010, before closing amid lawsuits alleging it had defrauded its students by using misleading marketing practices and aggressive sales tactics.

Not much, apparently. When asked whether Trump had personally paid the lawsuit settlements, Cohen replied that he did not know, and nor did he know anything about, in Speier’s words, “some reference to a businessman in Kansas being involved in that.”

The businessman in question told the Kansas City Star over the phone Wednesday that he believed Speier was referring to a $28 million payment he made to Trump in 2018, which was money due to him from the Trump International Hotel.

“He had $28 million in back fees that he never collected,” said Ruffin. “The hotel paid him [what] was owed to him. I don’t know what he did… It was his money.”

Ruffin added that as co-owner of the business, half of the money was coming out of Trump’s own pocket. He also said he had never met Michael Cohen.

Trump, who was in Vietnam for his summit with North Korean leader Kim Jong-un, claimed at a press conference that “almost 95 percent” of what Cohen said at the hearing was lies.

Why Doesn’t Attorney-Client Privilege Apply to Cohen and Trump?

Attorney-client privilege is a longstanding tenet of US law that protects from disclosure communications between the subject of a civil or criminal case and their legal counsel.

But according to former federal prosecutor and Duke University School of Law professor Lisa Kern Griffin, the privilege only covers communications relating to legal advice.

“It does not protect a person’s discussion of business, personal, or financial matters with a lawyer if they are unrelated to a legal representation,” she told Reuters last year, in relation to the Cohen case.

“Crucially, attorney-client privilege also does not apply to communications by a lawyer in furtherance of a crime or fraud,” she added.