In an S-1 filing with the Securities and Exchange Commission (SEC), the parties revealed the creation of a new blank-check entity known as Marquee Raine Acquisition Corp. The document indicates the SPAC intends to sell 32.50 million units at $10 apiece in a proposed maximum offering of $325 million. Blank-check companies go public and use the proceeds from that transaction to acquire another company.

We have not selected any business combination target and we have not, nor has anyone on our behalf, initiated any substantive discussions, directly or indirectly, with any business combination target,” according to the S-1. “Although we are not limited to, and may pursue targets in, any industry or geography, we intend to focus on industries that complement our sponsor’s and management team’s background in Technology, Media and Telecommunications (‘TMT’) and related areas.”

SPACs aren’t obligated to disclose the industries in which merger opportunities will be pursued. But divulging that information is an increasingly common practice in 2020, as blank-check companies are taking industries, such as electric vehicles and gaming, by storm.

In most cases, SPACs have two years to find a takeover target or risk liquidation. Marque Rain intends to trade on the Nasdaq under the symbol MRACU.

Gaming on the Menu

Marquee Raine’s regulatory filing explicitly indicates the newly formed entity could pursue various gaming assets. But there are no guarantees to that effect.

Raine Group has previous SPAC and sports betting exposure, as the venture firm was an early investor in DraftKings (NASDAQ:DKNG), an operator that went public earlier this year via a reverse merger with a blank-check entity. The company previously held a stake in video gaming terminal distributor Accel Entertainment.

The venture investor has $3.3 billion in assets under management, and generally focuses on companies in the communication services, media, and technology arenas.

Marquee Sports Holdings is led by Cubs owner Ricketts and other high-ranking executives from that franchise.

Year-to-date, there have been 182 SPAC initial public offerings (IPOs), raising a combined $65.71 billion, according to SPAC Insider data. Both figures are records.

In 2020, the gaming industry is home to an array of blank-check transactions, both confirmed deals and companies hoping to get in on the action.

The bulk of that activity is centered around online casino operators, social gaming firms, and sportsbook companies. One blank-check transaction involving land-based casinos collapsed in July. With a market capitalization of $19.68 billion, DraftKings remains the largest gaming entity born out of a SPAC merger. 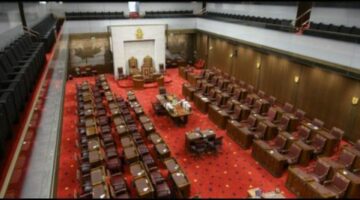 Legalization of single-game sports wagering on the horizon in Canada

BoyleSports wades into the race for British assets of William Hill

It’s time to take a few extra spins from Intertops Poker. The brand is highlighting…