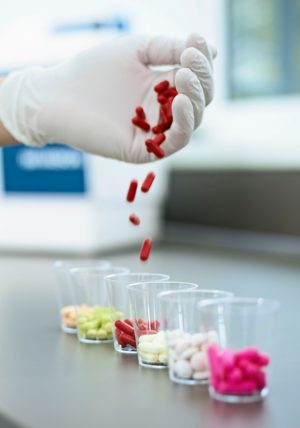 Many people use the internet to buy prescription medication. But what if you discovered the seller was making the pills in an underground lab? 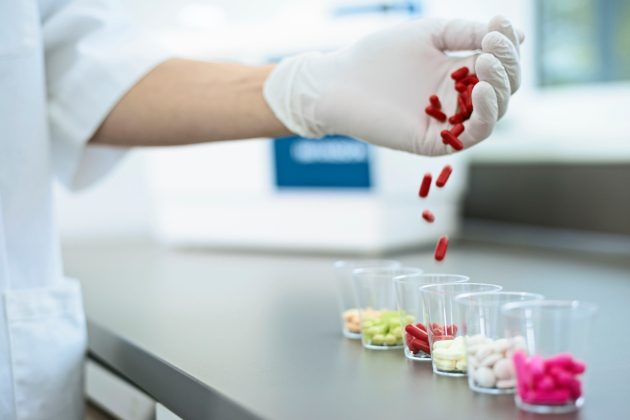 Counterfeit goods. Phony pharmaceuticals. We all know that the internet harbours dangerous secrets, but these items – some of which can have fatal consequences – aren’t just popular abroad, they’re being made and sold in the UK. And there’s more demand than ever. This week, BBC Three’s Inside Britain’s Black Market: Who’s Selling Fake Stuff? delves deep into the world of illegally made products – including drugs.

It shines a light on how common underground labs and unregulated pills are becoming. And with millions of people logging into social media and the information being readily available online, it’s never been easier for dealers to make and sell illegal substances for profit. You can access everything you want, including potentially dangerous steroids and diet pills, at just the click of a button. Worse still, even children are customers.

Here, we speak to Livvy Haydock about the making of her documentary – and the dangerous underworld she uncovered.

Livvy Haydock, 33, is a journalist and TV presenter, who’s been making documentaries about the criminal world for 10 years.

She recalled, “Zipped into his white overalls, face mask covering his mouth and nose, Phil* starts his morning the same way he does every day. Mixing powders together and placing the contents into  a machine; within seconds, the pills pump out – an identical batch of Xanax (a drug commonly used for short-term management of anxiety disorders) ready to be bagged and sold. Roughly 5,000 pills have been made in just an hour – a normal scene at a pharmaceutical company, perhaps, but Phil is no professional.

“I came across Phil in November 2018, while filming my documentary. When  I learnt that the demand for Xanax pills had risen I was stunned to discover that a lot of these pills aren’t produced by regulated pharmacists – they’re made in underground labs, just like Phil’s. After contacting suppliers through online sites, asking to see how these pills were made, Phil invited us to see his lab.

“The first time we met, in a car park, chosen by Phil, it was obvious  he was on edge – and, as he got into  my car, my own apprehension  started to creep in. With a hood up  and a scarf around his mouth, Phil explained he was worried about the GPS on our phones being able to  give away his location – so my cameraman and  I switched our mobiles off. Suddenly, I felt very excited, which you might think is weird but I was raring to dig a little.

“It was only later – after Phil admitted on camera he was a manufacturer of steroids and other pharmaceuticals on the black market – that I understood how big this industry is. Phil said he’d learnt to manufacture pills from tutorials on YouTube and that he imports the ingredients and then creates the finished products in his lab, which is hidden in a lock-up on an industrial estate. I asked him how many underground labs, like his, make illicit and illegal pharmaceuticals in the UK. ‘There are too many to say,’ he replied.

“He explained how some are just homed in garages, potentially unsterilised and unsafe, and unlike Phil, who does test for the potentially deathly drug fentanyl, not everyone knows exactly what goes into the drugs they’re producing. I never realised the scale these drugs were produced on, nor did I realise how easy it was to access them. Customers can simply search online, swipe through Instagram, or be added  to chains on WhatsApp to gain access to these illegal substances.”

“During filming, I also met Sarah*, who has been dealing replica copies  of Xanax, like the ones made in Phil’s lab, for over a year. She buys pills for  £1 each and sells them at triple the cost to her network of buyers. I asked her about the age range for buying Xanax.

“‘Young people,’ she said. ‘I’d say around 14, but could be younger, it’s hard to tell.’ No responsibility Sitting opposite her, as she nonchalantly admitted to selling drugs to kids, I was stunned. I asked her if she felt bad. ‘If I don’t sell it to them they’re just going to get it somewhere else,’ she said. I’m still shocked by that conversation.

“I’ve been making documentaries for years; I’ve seen gun trades and followed the war on drugs in the Philippines. But never have I seen people shrug their shoulders and just admit that they’re selling to children and don’t seem to care. Being in that underground lab will stay with me forever. The police have shut down 31,000 sites this year to stop the sale of counterfeit goods and pharmaceuticals, but more and more sites pop up every single day. There’s no telling how many more people might die.”

Selling counterfeit goods is illegal and can carry a sentence of up to 10 years in prison, but buying counterfeit goods or being in possession of them unknowingly isn’t illegal. Police are cracking down on the trade in fake and unlicensed medicine, as concerns grow over potential health risks, and the sentence for making Class C drugs, such as Xanax, is up to 14 years in prison if caught. Importers of drugs can break the medicines law in two ways: selling drugs not licensed for the UK and selling fake drugs made abroad, which can contain less active ingredients than they should. If you think you’ve been sold fake goods or suspect somebody is selling them, contact the Citizens Advice Consumer Service on 03454 040 506.