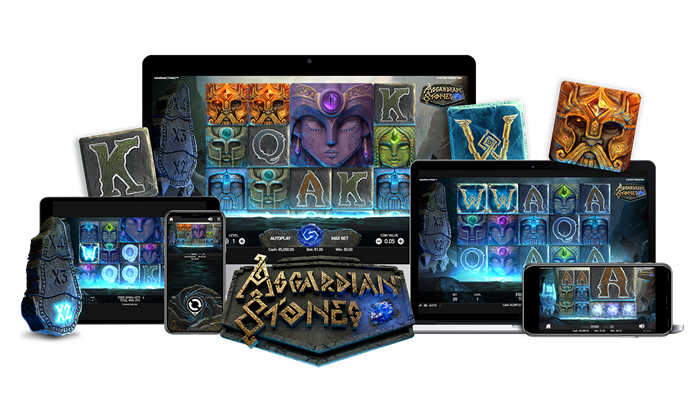 First announced in January, the second game release of 2018 from NetEnt is a 5-reel, 3-row, 20-bet lines video slot that can be played on all devices. The game is sure to set pulses racing as players experience the magical surroundings, as colossal stones guard the gates of Asgard, where only the bravest of warriors can dwell amongst the Gods.

One of NetEnt’s best-looking slots, the game includes the new Colossal Crush feature, an industry first, where colossal symbols crush rows of symbols underneath, with each row increasing the multiplier by 1 up to 4x, as well as an extra spin wheel that also crushes symbols and rows.

The Colossal Crush feature showcases the fact that NetEnt continues to lead the way in the world of online casinos, with gaming experience and innovative games.

A captivating Norse soundtrack immerses players into a game full of twists and turns as they try to overcome the colossal giant stones so that they may gain entry into the enchanted world.

Commenting on the release, Chief Product Officer for NetEnt, Henrik Fagerlund, said, “Our team has worked tirelessly during the process of designing and creating Asgardian Stones™ and really look forward to see the game finally out with players all over the world,” according to to the press release.

“The Colossal Crush feature is an industry first and only adds to the excitement this game offers, so we can’t wait to see the reaction from the gaming world as we continue our positive start to 2018,” said Fagerlund.

At ICE Totally Gaming 2018, NetEnt took the opportunity to showcase its new game, Gonzo’s Quest VR, the first web VR slot game to be released within the igaming industry, which was developed using real-time 3D. Billed as a “true omni-channel creation,” Gonzo’z Quest VR is due to go live this summer.

Due to the coronavirus outbreak, live poker options have been few and far between. However,…