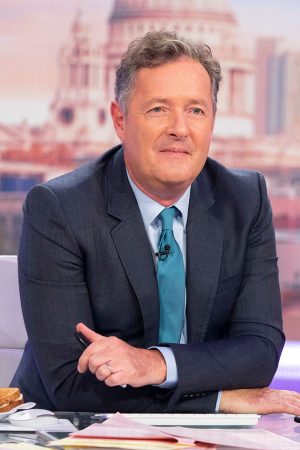 Piers Morgan has revealed that he could be quitting GMB.

The controversial but entertaining pair grace our screens every Monday, Tuesday and Wednesday morning to talk about current news events and conduct a stream of interesting guest interviews.

But now the longtime presenter has revealed that he could be set to leave the show.

After previously admitting that his contract on the programme runs out on New Years’ Eve, Piers has now left viewers with the impression that he won’t be returning in January.

On today’s episode of the show, Piers and Susanna discussed a Twitter poll where social media users could vote for who they thought would make a better prime minister between the two presenters. 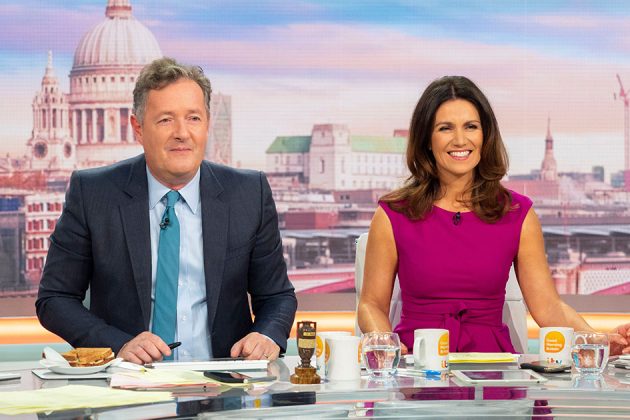 Piers and Susanna host the morning show together (Credit: ITV)

While Piers enjoyed the fact that he was ahead of Susanna in the poll, the latter pointed out that the production’s social team had actually voted for her.

Piers then hinted that he could be leaving the show soon, responding, “They voted for the one they think might still be here in January,” adding, “They always think long term on this show. Always looking after each other.”

Piers’ controversial views have brought his role into question in the past, after critics launched petitions to get him fired when spoke out about his views on gender fluidity.

The network recently revealed that, from 6th January 2020, the show will be extended by half an hour, meaning that it will run from 6am until 9am.

This will be followed by Lorraine at 9am before This Morning kicks off at 10am for a whole two and a half hours, 30 minutes longer than it airs for at the moment.

Loose Women will then show at 12.30pm for an hour.

These changes have been made to fill a gap in the channel’s schedule after The Jeremy Kyle Show was cancelled earlier due to backlash.

The post Piers Morgan reveals he could be quitting GMB after ITV confirm change appeared first on Woman Magazine.