Brazil legalized sports betting back in December of 2018. It will be more than three full years before the first legal wager is placed.

Waldir Eustáquio Marques Jr., an undersecretary with the Ministry of Economy, said the rules that will govern the country’s forthcoming sports betting industry will be finalized by the end of July 2021. License applications will then be reviewed and issued as appropriate, and the first legal sports bet will be placed sometime in early 2022.

[Sports betting] must be studied quite a bit, such as the integrity of the sport, the prevention of money laundering, the prevention of pathologies among vulnerable players,” Marques explained of the lengthy process. “The administration technicians have studied this a lot, participated in various events, and have been trained to regulate this activity.”

2022 is a very important year for Brazilians, as the men’s World Cup will be held. The quadrennial international competition will coincide with the kickoff of legal sports betting in Brazil.

Amid a corruption scandal in 2018, then-President Michel Temer signed a bill into law that legalized sports betting. PM 846 authorized Brazil’s Congress to determine regulations that will oversee sports betting.

Caixa, Brazil’s federal savings bank, also operates the country’s lottery. The lottery is presently the only legal form of commercial gambling in the South American country. Once the sports betting details are ironed out, the lottery will be tasked with issuing licenses and governing the industry.

There is plenty of interest among the world’s leading sports betting firms.

William Hill last month took on a majority stake in Colombian gaming firm Alfabet. And FanDuel, a subsidiary of Flutter Entertainment, recently aligned with CAGE Sports, a sports betting operator that does business throughout the Caribbean.

Global gaming industry analysts believe Latin America is a gold mine for sports betting development. And with Brazil being the largest economy and population, numerous operators are closely monitoring the legal progression of sports betting in Brasilia.

During the sports betting consultation period in 2019, some 600 respondents expressed interest in seeking a sportsbook permit in Brazil if welcomed.

Home to roughly 213 million people, Brazil is set to become the largest sports betting market in the world. While the United States has more people — 331 million — sportsbook operators can only operate in the states where they’re licensed.

Nineteen states plus DC have sports betting up and running. The combined populations of those states and the nation’s capital is 108.7 million. The licensing costs to operate in all of those jurisdictions would cost tens of millions of dollars. The sports betting license in Pennsylvania alone is $10 million.

In Brazil, initial regulatory guidelines called for each operator to pay an upfront R$3 million licensing fee (USD$566,500). The license would be good for nine years.

In addition, operators would need to pay monthly fees. For land-based betting operations, the fee would be R$20,000 a month (USD$3,800). Mobile operators would pay USD$5,664, and for brick-and-mortar and internet betting, USD$8,500.

Tax rates proposals on sports betting revenue have ranged from one to three percent.

The post Sports Betting in Brazil to Launch Next Year Ahead of 2022 World Cup appeared first on Casino.org.

In addition to recently expanding its presence in Brazil, Pragmatic Play has taken a “crucial… 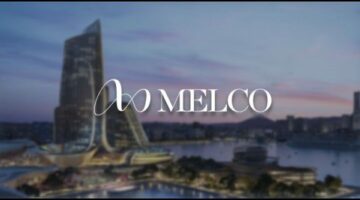 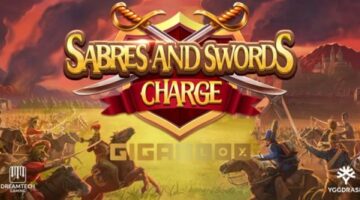