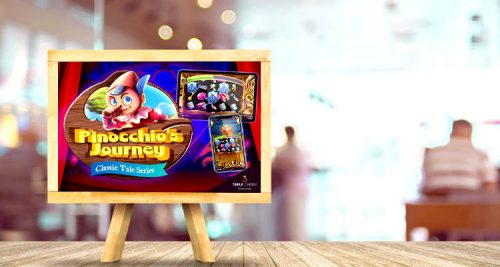 Spain-based casino game developer Triple Cherry has enhanced its growing collection of slots with its latest release, Pinocchio’s Journey, complete with Pinocchio Construction bonus round and Extra Spins. The medium volatility, 3-reel, 5-row video slot is based on the beloved character in Carlo Collodi’s classic 1883 Italian novel The Adventures of Pinocchio. In the game, […]